Learn how to use images that were prepared outside of CAS for your Collection Pools and servers.

Cloud Automation Stack allows administrators to imports images that were created outside of the CAS console for use with Collection Pools and new server deployments from the CAS console.

When an image is created in the CAS console, CAS will automatically prepare the image using the GCEsysprep utility to allow the image to be deployed to multiple VMs. However, when an image is imported, CAS does not perform any processing or preparation on the image, with the assumption that the image is intended to be used "as-is".

Therefore, it is important that any images that are imported into CAS have been prepared using the GCEsysprep tool before they are imported. For more information on GCEsysprep, please review this article in the Google Cloud documentation.

Similarly, importing an image that was created from a snapshot of an existing session host instance can cause issues with the deployment. Please reach out to the support team before importing such image to CAS.

Follow the steps below to import an image from GCP: 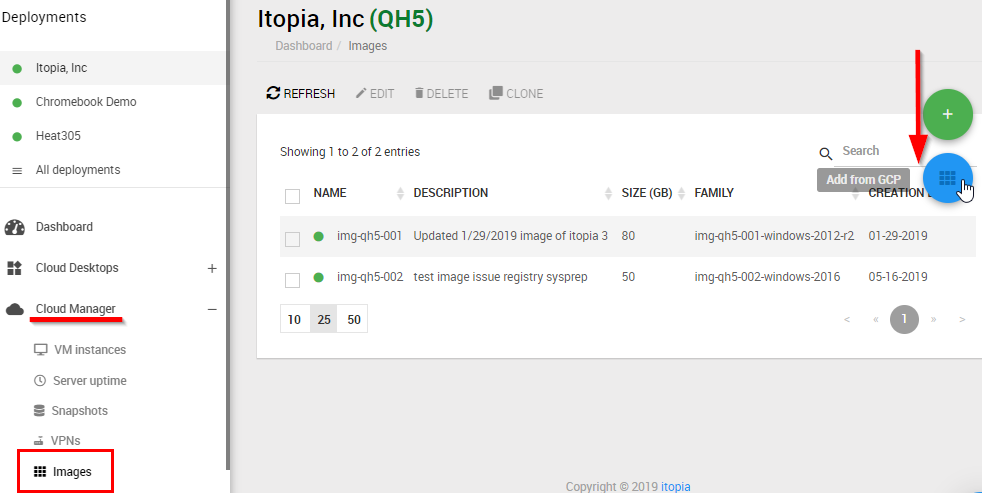 3. The import window will load the images available in the same project that is connected to your deployment. You cannot import images from other projects.

4. Once the image loads, you need to select the OS Family. Our systems are not able to detect the OS that was selected for the image. Please make sure that you select the same OS family that the image is configured with when importing the image.

Note: Our systems use the OS family information when allowing / disabling you from using an image for the Autoscaling configuration. Linux images are not allowed to be used for session host servers in a remote desktop deployment. 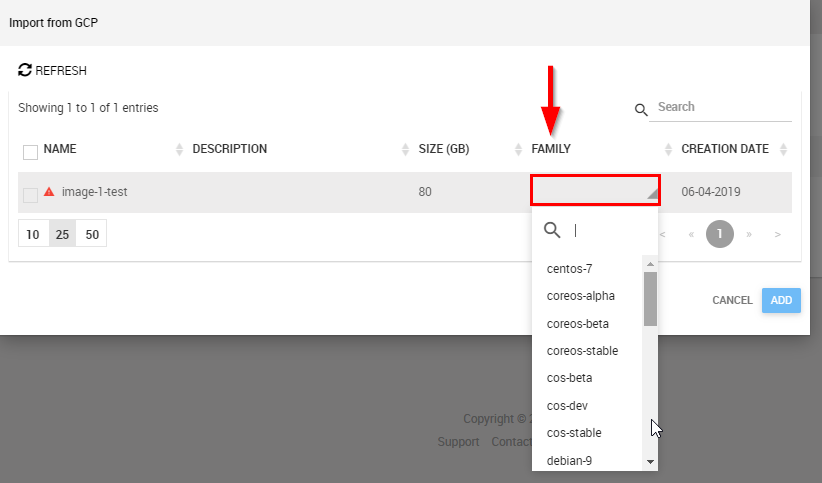 5. Mark the checkbox next to the image you will be importing and click the ADD button to import the image to CAS.

6. The image validation takes 20-45 minutes. If the GCP image import fails, then the Admin who performed the import will receive a failure notification in their Notifications Module.

7. You'll get the image import confirmation on the screen and your image is ready to be used.