There are several applications for remote management that require a virtual display driver to be installed on the server to be able to remote in. Now with this feature, you're able to install a display driver so you can remote into the desktop using these software.

If you wish to know more about it click here to check out Google's knowledge base article.

Below are the limitations on this feature.

To enable the feature, the VM would have to be powered off. So select the VM and hit STOP at the top.

Click on the instance to drill into it's details and hit EDIT at the top. 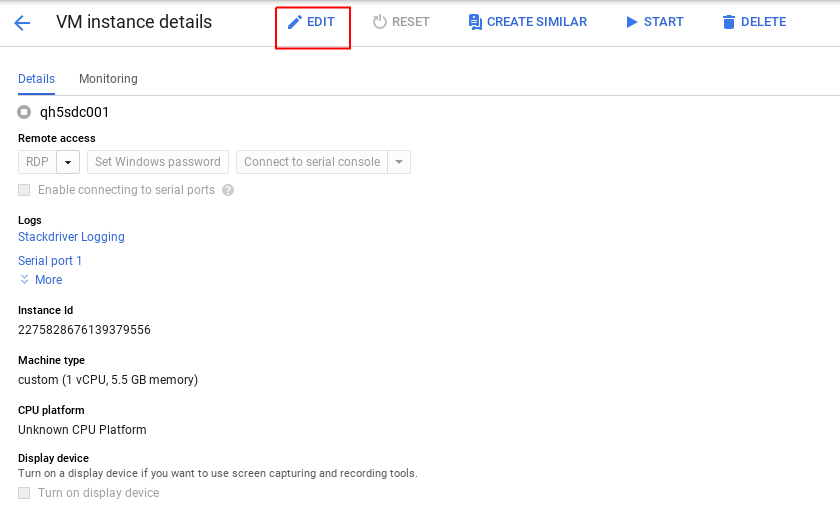 Right under the CPU information you'll see "Display Device", to enable it just check off "Turn on display device" and then scroll to the bottom and hit SAVE.

Once saved, you can hit START at the top page to turn the VM instance back on.

Once the VM  instance has booted, remote into it.

Search for "Powershell" and right click "run as administrator"

Run the following command, and hit Y is prompted for permission

Once it completes, reboot the VM instance

Verify it was installed

Once the machine has booted, log in once more and open device manager.

Under display drivers, you should see Google Graphics Array 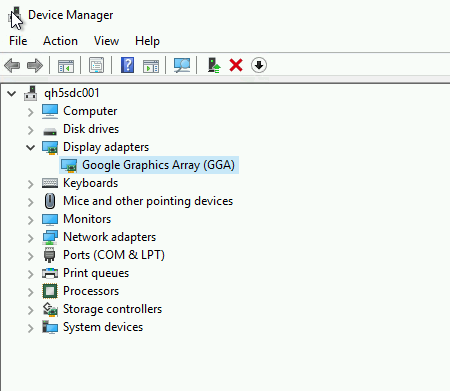